Henry Moore’s Reclining Figure: Festival (1951) has broken records selling for £26.1 million ($31 million) at auction, in the early hours of this morning at the Sotheby’s Modern Evening Sale in New York, making it the highest price paid in GB£ for a work by Henry Moore.

Commissioned by the Arts Council of Great Britain for the 1951 Festival of Britain, Moore’s Reclining Figure: Festival served as a focal point of London’s newly-built South Bank, coming, for many, to represent the resilience and inventiveness of the British people in the wake of the Second World War.

Initially Moore was asked to contribute a carving, but it was decided that a bronze would be more suitable for the outdoor site. The creation of Moore’s sculpture with its unusual surface decoration of string to define the form, was captured on film by producer John Read during the filming of the 1951 BBC documentary Henry Moore.

After the festival ended, famously, the site was completely cleared. Moore subsequently agreed that further casts could be made of his sculpture with the original cast of Reclining Figure: Festival eventually residing in the public collection of the Scottish National Gallery of Modern Art, Edinburgh, where it can be seen today.

Godfrey Worsdale, Director of Henry Moore Foundation commented
“Having achieved such a record-breaking sum at Sotheby’s this week is a testament to Moore’s defining role in the history of Modern sculpture.”

“The ‘Festival Reclining Figure’ is perhaps my first sculpture where the space and the form are completely dependent on and inseparable from each other. I had reached the stage where I wanted my sculpture to be truly three-dimensional. In my earliest use of holes in sculpture, the holes were features in themselves. Now the space and form are so naturally fused that they are one.” 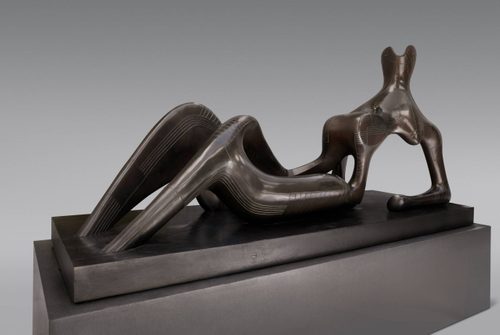 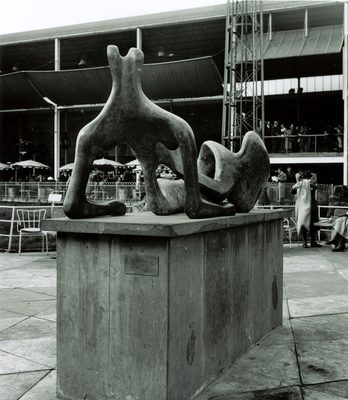 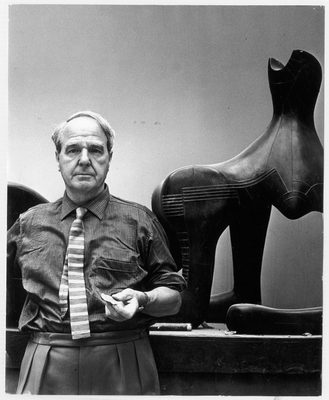 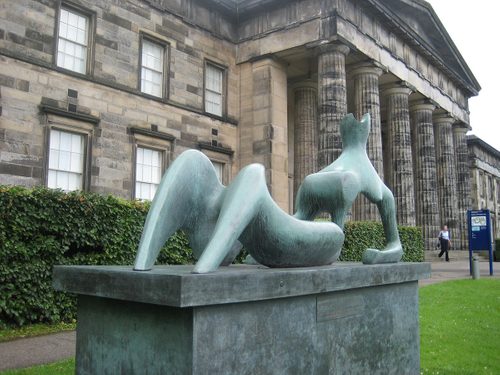 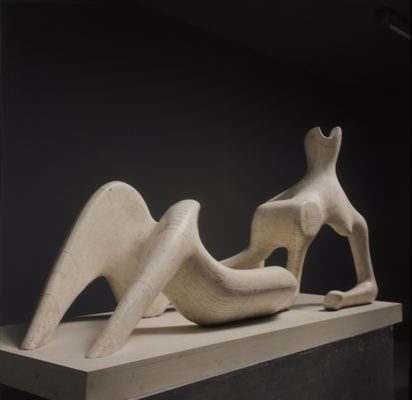 For further information or images

About the Henry Moore Foundation

The Henry Moore Foundation was founded by the artist and his family in 1977 to encourage public appreciation of the visual arts.

Today we support innovative sculpture projects, devise an imaginative programme of exhibitions and research worldwide, and preserve the legacy of Moore himself: one of the great sculptors of the 20th century, who did so much to bring the art form to a wider audience.

We run two venues, in Leeds and Hertfordshire, showing a mix of Moore’s own work and other sculpture.

We also fund a variety of sculpture projects through our Henry Moore Grants and Research programmes and we have a world-class collection of artworks which regularly tour both nationally and internationally.

A registered charity, we award grants to arts organisations around the world, with a mission to bring great sculpture to as many people as possible.