The Colour of Anxiety: Race, Sexuality and Disorder in Victorian Sculpture 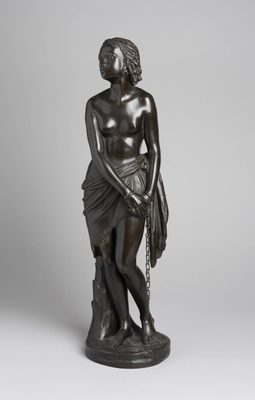 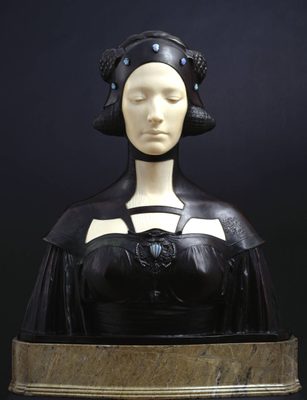 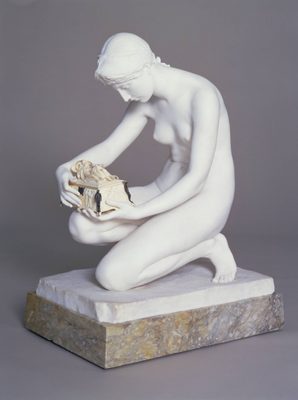 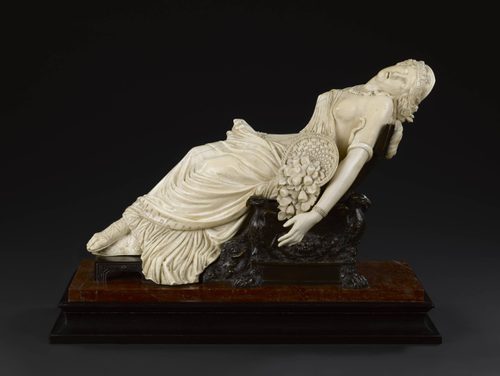 The Colour of Anxiety brings into focus sculpture exhibited and collected in Britain between 1850 and 1900, a rich yet largely overlooked body of work. The exhibition examines objects that introduced colour and new materials into the sculptural process, situating them within the context of the anxiety which often weighed upon Victorian society in the face of social change and scientific advances.

In the second half of the nineteenth century, British sculptors began to move away from the whiteness of Neoclassical marble and started to incorporate colour into their work, using bronze, silver, gold, ivory and porcelain as well as semi-precious stones, tinted waxes, enamels and paint. The adoption of these materials has typically been attributed to the renewed interest in medieval history and craftsmanship, discoveries about the polychromy of ancient sculpture, the allure of exoticism in the visual arts and the introduction of new industrial processes. Anxieties about rapid social change, developments in science, threats to the established patriarchal order and imperial rule have been highlighted by many literary and social historians but have received less attention from art historians.

The Colour of Anxiety examines the rise of colour in nineteenth-century sculpture by focusing on how male artists responded to, and reinforced, a concept of the cis female body influenced by anxieties of the time. Despite Victorian ideals of virginity and chastity, the representation of women in sculpture was increasingly sexualised, reflecting fears regarding the changing role of women, Black female sexuality and racial intermingling. Bringing together sculptures that either incorporate colour directly or imply it by means of subject matter and titles, the exhibition considers the fascination with colouring people and people of colour as a response to the perceived anxieties of the Victorian age.

The exhibition is guest curated by Dr Nicola Jennings (Director, Athena Art Foundation and Associate Lecturer at the Courtauld Institute of Art from 2015-21) and Dr Adrienne L. Childs (Adjunct Curator at the Phillips Collection, Washington D.C. and independent scholar) and will be accompanied by a special issue of the Institute’s Essays on Sculpture series and a programme of online and in-person events.

Professor David J Getsy, ‘Actuality and Sculpture’
Part of The Colour of Anxiety

Online
Professor Roger Luckhurst, ‘What is the Colour of Heaven? Women, Spiritualism and Art in the Late 19th Century’
Part of The Colour of Anxiety

Professor Roger Luckhurst, ‘What is the Colour of Heaven? Women, Spiritualism and Art in the Late 19th Century’

Artists in the exhibition

So, the Victorians were anxious about sex and race? Seriously confused, more like.

This daring, revelatory new show at the Henry Moore Institute in Leeds explores and exposes Victorian mores with great flair.

Read full review on The Telegraph

Experience, study and enjoy sculpture from around the world in the centre of Leeds.

Plan your visit to the Henry Moore Institute